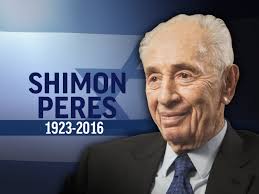 The Avi Schaefer Fund, along with the world, mourns the passing of Shimon Peres z”l, 1923-2016, a true Statesman of Israel, the Jewish people, and of peace.

“Optimists and pessimist die the same way. They just live differently. I prefer to live as an optimist.” -Shimon Peres.

During his life and distinguished career, Peres served Israel in many leadership roles–as a diplomat, legislator, Prime Minister, and President. For the world, he was a beacon of hope, a Nobel Prize Laureate, and a man who was the ultimate optimist and a dreamer. May his memory be a blessing and an inspiration.