The Brown and White written by Andre Verduzco

In the early hours of February 12, 2010, Avi Schaefer was killed by a drunk driver while walking back to campus at Brown University.

To keep Schaefer’s memory alive, his family started the Avi Schaefer fund, which aims to foster discussion among groups that often don’t communicate with one another. Schaefer had hopes of creating dialogue between Jewish and Palestinian people. 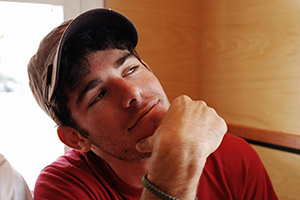 Today, February 12, 2018, marks the 8th anniversary/yahrzeit of Avi’s tragic death. At the same time, we mark eight years of keeping his memory alive, and harnessing the power of his legacy. Avi has been an inspiration for so many others who feel empowered to be the change they want to see in the world.

Avi wanted to live in a world where people cared more about understanding than winning. Avi wanted people to share their true feelings and personal narratives. He knew and acted on the belief that “an enemy is someone whose story you have not yet heard.”

An Easy Litmus Test For Monuments

The Forward written by Seffi Kogan

Monuments are not mere markers of history; they are instruments of memory. Whom we choose to memorialize says a great deal about who we are as a people. Addressing Amherst College in 1963, President John F. Kennedy said: “A nation reveals itself not only by the men it produces, but also by the men it honors, the men it remembers.” Choosing to remove offensive monuments is a decision that should not be made lightly. But leaving them standing is also a decision. 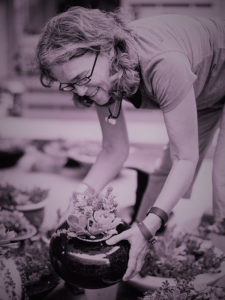 We were very happy to share a lovely day of music, food, memories, and of course, succulents with friends and supporters at our recent ASF Open House on Sunday, July 23rd, 2017. We had over 200 guests and raised nearly $20,000 for the Avi Schaefer Fund — exceeding our goal and doubling last year’s total. A heartfelt thank you to everyone who made donations in exchange for beautiful succulent plantings or otherwise, and to those who volunteered their time. Your support of our efforts means so much to us and we are truly grateful. We couldn’t do it without you and others who believe in our mission.

The Real Lesson of Tisha B’Av

The holiday frequently brings sermons about Jewish unity, but the story of the destruction of the Temple offers a very different message By Yoav Schaefer and Jacob Samuel Abolafia

The week-long retreat brought together a select group of diverse young American Jewish leaders to engage with one another, leading Hartman scholars, Israeli peers and other key figures.

KINGSTON, R.I.- Jan. 30, 2017 – To bring people of all faiths together to share their unique differences and cultures, the Hillel Jewish Student Center at the University of Rhode Island will hold its annual Avi Schaefer Multicultural/Multifaith Shabbat Dinner. The dinner is also the closing event in this year’s URI Martin Luther King Jr. week.

Happy Hanukkah from ASF. Wishing you all a holiday season filled with light and peace.

More than ever, ASF’s work – creating a space for respectful and civil dialogue around polarizing issues – has become increasingly important and resonant. Some might say it is THE issue of today.

Applications are now being accepted for our 2017 Avi Shabbat Micro-Grant Program.

Our Avi Shabbat Micro-Grant Program brings together college students for a communal meal and shared conversation promoting open and respectful discourse within the Jewish community around the Israel-Palestine conversation, and fostering interfaith understanding and cross-cultural encounters. We invite you and to join our movement to empower young people and apply again – or for the first time – to host an Avi Shabbat in 2017. 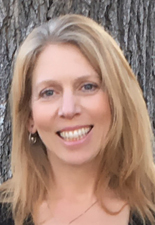 We are very pleased to welcome Jill Hoyt as the first Executive Director of the Avi Schaefer Fund (ASF). Ms. Hoyt joins ASF with a rich background in the nonprofit sector and a passion for the mission of the organization. She officially began on September 1st with a focus on evaluating our past and current programs, and is already looking towards the future, shaping the work of the fund in exciting ways.